Union City’s first ever golf cart and pet parade will be July 3rd at 2pm.

The pet parade starts at Lane Veterinarian Service (103 S Broadway) and will walk through downtown Union City (following the carts).

Union City has been a golf cart friendly community since 2016 and has registered hundreds of drivers to hit the Village roads. Come celebrate that, our fabulous pets and the July 4th holiday.

Also on July 3rd - Grammy Nominated Artist Mark Bishop hits the Union City Amphitheater at 6:30pm with a free community concert - and at dusk Fireworks will be held at the Union City High School.

Lots to do and see in UC on July 3rd!

Union City is a quaint and charming 19th Century River Village located in southwest Michigan that features turn-of-the-century architecture and preserved historic downtown buildings. Settled in 1833, Union City took it’s name from the "union" of the Coldwater and St. Joseph Rivers, which join there. Recreational access to the rivers and nearby Union Lake invite residents and visitors alike to enjoy the waterways and picnic in the surrounding parks. Incorporated as a city in 1866, Union City residents are looking forward to celebrating their Sesquicentennial in 2016.

First settled by Justin Goodwin in 1833, Goodwin built a mill here and became the first postmaster, calling it "Goodwinville." A year later, he sold several hundred acres to E. W. Morgan, who officially platted the site, renaming it from the "union" of the Coldwater and St. Joseph Rivers, which join here.

Built in 1839, the second oldest home in Union City was designated "Station No. 2" of the Underground Railroad. In 2012, homeowners discovered four partial sets of human remains under floorboards dating back more than 100 years that authorities say could be connected to the secret network that assisted slaves in their freedom. The remains were laid to rest in a 19th century-style ceremony in which a horse-drawn hearse carried the bones to a donated cemetery plot at Riverside Cemetery, while townspeople paid their respects in period clothing.

In the early 1920’s, Union City built a hydro-electrical plant to deliver cheaper electricity to the town. By 1923 “Riley Dam” was constructed on the nearby St. Joseph River, and the backwater forms Union Lake. Perfect for fishing or canoeing, recreational access to the rivers and Union Lake invite residents and visitors alike to enjoy the waterways and picnic in the surrounding parks.

Union City is known for it’s friendliness and many festive community events. You won’t want to miss our annual Memorial Day Parade, American Pie Art Festival, celebratory July 3rd Fireworks, and much more! Incorporated as a city in 1866, Union City residents are looking forward to celebrating their Sesquicentennial in 2016.

Chamber Member of the Year Award 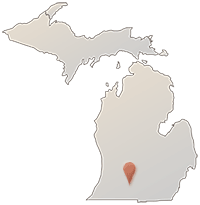